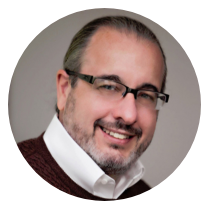 Mark B. Jacobs has spent 30 years in executive leadership successfully guiding major growth initiatives – many starting as turnaround efforts. He has led re-capitalizations, start-ups, and key organizational change agendas that have scaled company growth and performance. He co-authored the SmartScale process which is built on his years of hands-on experience and expertise in Lean Manufacturing, Quality Systems, Sales & Operations Planning, Category Design & Development, Leadership Development, and Technology-Driven transformations.

What leadership behaviors are essential for a Midlife company that wants to scale?

Growth and the value of types of growth

Why Working Harder is NOT the Key to Scaling Your Business

The Cornerstone of a Culture that Achieves Scale - A Shared Narrative

Here’s why you need to know this:

Companies can perform no better than the limitations placed on them through their shared narrative.

Here’s what you need to understand to make the takeaway meaningful:

We humans make sense of our world, declare meaning in our existence, and find direction in our lives through our narratives.

Most remarkably, through our inner narrative, we shape and change our environment according to our desires and visions about how it should be. Our otherwise random and chaotic world is given structure and meaning through the narratives we tell ourselves and others. Narratives create the structure our social environment (culture) needs to survive and thrive.

With repetition, a narrative becomes a natural part of the culture - expressed through lexicon, rituals, stories, and belief systems.

The smallest components of narratives are called memes. These are the mental equivalents of the genes of the biological world. But they are entities that only exist in our minds. Just like a gene, a meme is a self-replicating unit of transmission, but instead of replicating through the gene pool, memes propagate in our minds through our narratives. They are units of cultural information, the knowledge and skills organization members non-genetically pass from individual to individual across group members and generations. Memes include lexicon, signs, songs, ideas, work processes, and other anthropological mechanisms.

Memes can be very contagious – think about that rumor you cannot get out of your head. When that happens, the meme can be said to have injected its DNA into your brain and hence managed to use you as a vessel for its reproductive ends – you might even infect someone else by “spreading” the rumor.

Organizational cultures that do not adopt new superior memes eventually vanish. Individuals and organizations who successfully transmit better-conceived memes can avoid the negative consequences of obsolete memes (and debilitating narratives) and thereby out-wit those who have not.

With culture, we can change our narrative. However, even a high-productive narrative does not mean that inherently destructive memes do not appear. Despite being the result of conscious activity, memes are still not entirely free of ‘faulty mutations.’ People have always come up with ideas and perspectives that did not work out well but were still chosen.

Here’s a sample list of destructive and productive memes in a culture that achieves scale:

Here’s a framework for using memes to influence an organization’s narrative (and culture):

Having done that, develop productive alternatives. It is essential to understand what value the organization members get from propagating the destructive meme and make sure you can explain the productive meme in those terms.

Revisit the corporate narrative - its Vision, Values, and strategy. Does it catalyze productive memes?

If you want greater detail about how to scale your midlife business, check out The Mid-Life Business Acceleration Story: A New Perspective on Disruptive Transformation and Exponential Growth

Collaborate with us and see where it takes your business

Unlock your ability to scale